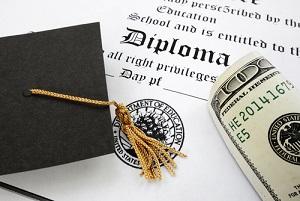 In the state of Illinois, child support is an element present in the vast majority of divorce cases involving children. Child support is meant to provide for the basic needs of minor children and is generally no longer enforceable when the child turns 18 or graduates from high school, whichever comes last. These days, children are often dependent on their parents for a few years after they graduate from high school, especially if they attend college. The Illinois Marriage and Dissolution of Marriage Act addresses this issue and provides guidelines for parents who will help pay for their child’s college education.

The court can require one or both parents to be responsible for paying a share of their child’s educational expenses until the child turns 23, or 25 in some circumstances. The potential expenses include:

The court can order that the funds to cover these expenses be paid directly to the child, to the educational institution, to either of the parents, or through the use of a special account or trust created and designated solely for the use of educational expenses.

Can I Get Temporary Relief During My Divorce? 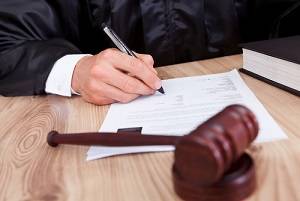 When divorce proceedings begin, it can throw everything else in your life into a state of uncertainty. Life continues while the legal issues are getting worked out, with bills to pay and obligations to meet. Because of this, sometimes an Illinois court will order temporary relief to one spouse in order to get through the period of the proceedings, including temporary parental responsibilities, child support, or spousal support.

Most temporary relief orders asked for in Illinois courts have to do with the arrangements for any children of a divorcing couple. It is common for one parent to seek a temporary order of parenting time simply to ensure the children are permitted to remain in their current situation. Forcing children to move abruptly, only to possibly return them to the previous situation, is generally held to not be in their best interests. Alternatively, parental responsibilities can be contested for more malicious reasons. For example, in some divorce cases, particularly those that are contentious, it is not unheard of for one parent to attempt to get possession of the children solely to cause a disruption in the lives of the children and the former spouse.

Child support is another major factor. The costs of raising a child cannot be paused while the divorce is ongoing, so a temporary order is often necessary. The court will generally assess the request by considering each parent’s income, the current situation, and the needs of the child.

What Should I Do If My Child’s Other Parent is Not Paying Child Support? 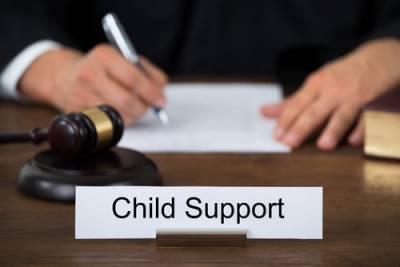 If you are a single parent, you know just how hard it can be to manage child-rearing expenses on your own. In Illinois, both parents are responsible for the costs associated with raising a child – even if those parents who are divorced or never married. Child support is typically paid by the parent with less parenting time to the parent with more parenting time in order to share child-related costs between parents. Unfortunately, some parents do not take their child support obligation seriously. They skip payments, do not pay in full, or they use excuse after excuse to avoid financial responsibility. If your child’s other parent is neglecting his or her child support obligation, a family law attorney can help.

Filing a Motion for Enforcement of a Child Support Order

If a parent is not paying court-ordered child support, the recipient parent will need to file a motion for post-decree enforcement of child support. The court has the authority to take several actions against him or her. The non-paying parent may be subject to:

How Can I Receive Child Support in Illinois If I Am Unmarried? 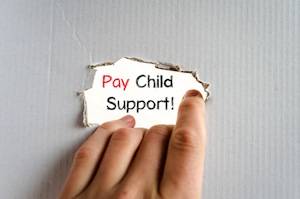 There are two instances when child support is awarded to parents in Illinois: when parents get divorced or when unmarried parents have a child together. If you are an unmarried parent or soon will be, you may be wondering how you can receive support payments from your child’s other parent. If the child’s biological father has not been officially named the legal father of the child, you will have to establish parentage through the court before requesting child support.

How to Establish Paternity in Illinois

When a married couple has a baby, Illinois law assumes that the husband of the woman who gave birth to the child is the father. However, when an unmarried woman gives birth, there is no assumption of paternity. Parentage can be established through one of several ways. If neither party doubts the paternity of the child, the two parents can sign a Voluntary Acknowledgement of Paternity (VAP). This document allows the father to be named on the birth certificate but does not address issues of child support, parenting time, or allocation of parental responsibilities. Another method for establishing parentage is for either parent to file a Petition to Establish Parentage through the county court and participate in the subsequent proceedings. Lastly, parents may seek an Administrative Paternity Order to be established and entered by Healthcare and Family Services’ Child Support Services.

How Will Child Support Amounts Be Decided?

What Happens When You Cannot Afford To Pay Child Support 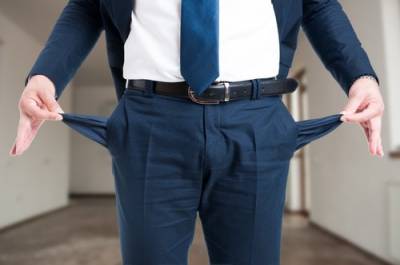 Sometimes, life changes simply happen. A good job may evaporate, a relationship may end, or another factor may serve to significantly change your financial reality. When this happens, it may affect your child support payments. Failing to comply with your obligations will lead you into considerable trouble, but there are ways to modify your payment.

How Child Support Is Calculated

As of July 1, 2017, child support payments in Illinois are calculated using a formula based on both parents’ income and the number of children being supported. It sounds self-evident that your support payments should change when your income does, but for a variety of reasons, many parents do not petition for a change in payments immediately. Some believe that their circumstances are temporary so modification is unnecessary. Others are too ashamed to admit their loss of income. Some simply believe that they can handle what they think is a “personal matter” on their own.