Most working adults spend a great deal of time around co-workers. Understandably, sometimes sparks fly and an employee develops romantic feelings toward someone he or she works with. If you have found yourself in this situation you may wonder, “Should I ask my co-worker out on a date?” Dating in the workplace is a controversial subject. While there may be some situations in which dating your co-worker results in no negative consequences, beginning a romantic relationship with a colleague at work can sometimes lead to accusations of sexual harassment.

Should I Ask My Co-Worker Out on a Date? 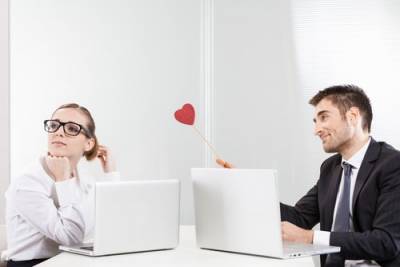 Sexual harassment in the workplace has never been a more hotly-debated topic. There have been laws against inappropriate sexual behavior at work for decades. Discrimination on the basis of sex has been against the law in the U.S since the 1964 Civil Rights Act. However, many instances of sexual harassment have gone unchecked throughout the years, and many people’s lives have been negatively affected as a result.

Last year, the nation was taken by storm by the viral Twitter hashtag #MeToo as thousands of men and women shared their stories of sexual harassment and sexual assault. During this time of controversy and change, it can be hard to know exactly what actions are acceptable at work and what are not. For example, should you date a co-worker? There are no easy answers, but there are some things you should keep in mind regarding romantic relationships at work.