Tag Archives: dating before a divorce is finalized

Dating before a Divorce is Finalized 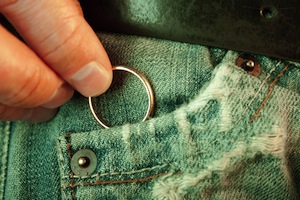 Going through a divorce can be very difficult for both spouses. A divorce signifies a massive change in life, and, as such, either or both spouses may wish to seek solace in a new partner for comfort and love. Although dating may provide emotional support, spending time with a new romantic interest could negatively impact the divorce proceedings before they are finalized.

Dating Outside of Divorce May be Grounds

Spouses can get divorced in Illinois by claiming irreconcilable differences and satisfying a time period of separation from each other. Spouses may also be divorced by claiming certain grounds for divorce, one of which is adultery. However, claiming adultery only gives a spouse the basis for a divorce, and is not considered a factor when a court is deciding division of marital property or child custody, as the law does not consider marital fault in those matters.