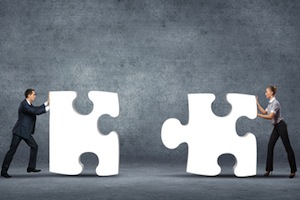 When a couple decides to divorce, often the process can become convoluted and ugly. Disagreements can occur over everything from parenting time to property division, and many find that there is a more convenient way to go about the process. Collaborative divorce is a relatively new phenomenon, but if the parties are able to work together, the conflict can be minimized.

When beginning a collaborative divorce proceeding, you, your spouse, and your attorneys will sign a collaborative agreement. The agreement will state that all signatories will work together to arrive at a settlement, eschewing litigation. One might wonder what stops someone from agreeing to commit to the process, and then making an end run, so to speak, and filing suit. The answer is that an agreement of this nature in Illinois usually contains provisions barring the attorneys from going to court. A collaborative proceeding also involves several people, many of them neutral parties (such as child specialists, financial advisors and the like), all of whom would be inconvenienced and possibly injured by a spouse's decision to file suit.

Winning the Lottery While Going through a Divorce 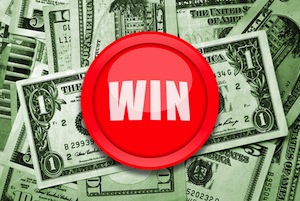 Winning the lottery is not always a cause for eternal bliss. If you are going through a divorce when lady luck knocks on your door, notifying your soon-to-be ex-spouse of your win is necessary. Depending on when and how you obtained the lottery ticket, the winnings may be marital property under Illinois law.

Staying Silent May Not be the Best Course of Action

At first, you may be tempted to wait until your divorce is finalized before mentioning your good fortune. However, a court may later find fraud on your behalf and vacate the settlement. When spouses go through a divorce, they are required to disclose all their assets, income sources, and debts to each other. Various forms will need to be filled out in detail and will also require the accompaniment of supporting documents. Deadlines may also be required. In most counties, the form to be completed is a Comprehensive Financial Statement.

Grounds for Divorce in Illinois 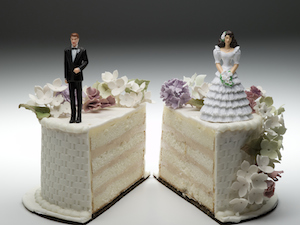 Going through a divorce is usually emotionally difficult for all parties involved. There are many different reasons why people choose to file for divorce, but it is generally never an easy decision to make. Some couples may mutually recognize that their relationship is crumbling, that communication is strained, and that each would be better on their own. In other cases, one spouse may file for divorce without any knowledge or anticipation by the other spouse. Regardless of why a divorce is filed, there is almost always a good reason why that decision was made.

When determining whether or how to proceed with dissolution of your marriage, it is helpful to enlist the help of a trained legal professional who can help you decide what the best process is for you and your family. A family law attorney can also help explain the best grounds to proceed on in a divorce. Grounds for divorce are the legal bases courts use to allow a divorce to proceed, and there are several different approaches and grounds possible.

The Basics of No Fault Divorce in Illinois 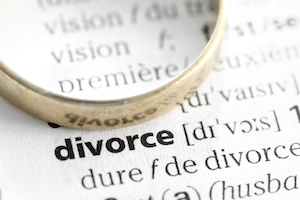 Divorce can be a difficult and emotional process. Property is separated, child custody is decided, and the two spouses go their separate ways.

Some states' divorce statutes require a party to plead grounds for a divorce (in other words, a basis for the court to grant a divorce), such as mental or physical cruelty, attempted murder, adultery, desertion or abandonment, drug addiction, or habitual drunkenness. However, in many other states, including Illinois, a party is allowed to ask the court for a divorce without providing a substantial basis for it. This is known as proceeding under the grounds of “irreconcilable differences,” and is commonly referred to as a no-fault divorce. Using irreconcilable differences as a means to be granted a divorce, however, is more complex than simply asking for a no-fault divorce.

Requirements of a No Fault Divorce 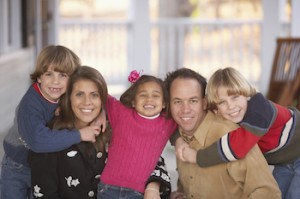 Remarrying after a divorce can be a challenging endeavor; this is even more so when you also have children from that previous marriage. Readjusting to a new life and lifestyle after a divorce is difficult for both parents and children. Adjusting to the idea of a parent remarrying, however, can be particularly difficult and traumatic for children.

According to the American Psychological Association(APA), children can begin to feel competitive or even abandoned as their parent begins to spend more time with a new spouse. Teenagers may feel uncomfortable witnessing romantic gestures or expressions of physical attraction between their parent and a new stepparent. Therefore, parents have to be careful to balance the relationship with their children and the relationship with their new spouse.

Additionally, stepparents face the numerous challenges presented by caring for children that are not their own. This is particularly so with younger adolescents (ages 10-14), as this age group tends to have a more difficult time adjusting to a stepparent than children in other age groups. The APA suggests that stepparents attempt to bond with their spouse's children in a friendly manner (akin to a camp counselor or mentor) before attempting to become a disciplinarian with them.