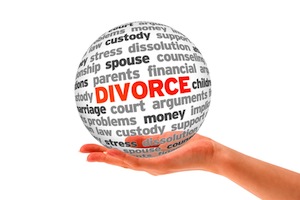 Until recently, the calculation of spousal support in Illinois was based on a judge's discretion after the consideration of several factors found in the Illinois Marriage and Dissolution of Marriage Act (the law). There was previously no set formula to calculate how much money the court had to award, if any, in spousal support. The factors assisted judges in determining spousal support by taking into account, for example, the income and property available to each spouse, future income, standard of living during marriage, and the length of the marriage.

The new revisions to the law, which take effect in January 2015, provide a formula for determining the amount of support based on a percentage of the spouses' income. These changes mainly apply to couples with a combined gross income of less than $250,000 and without a multiple family situation. There is also a formula for determining the length of time spousal support will be paid. While the factors the judges previously relied on to determine the amount of support to award, are still relevant, they are no longer the sole basis for the award of a certain amount in support. The factors will be used to mainly determine if spousal support or maintenance is appropriate in a certain case. However, because use of the formula is not mandatory, a judge may still use the factors to determine the amount of support. If a judge decides to not use the set formula, and rely mainly on the factors, he or she has to give a detailed reasoning for doing so.

Formula for Determining the Amount of Support