Legal Issues to Consider Before Getting Married 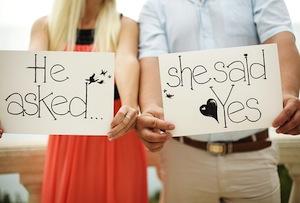 Most people have overriding romantic thoughts when the idea of marriage is first discussed. While this is normal, it is also important to keep in mind that there are several legal aspects to consider before getting married. Moreover, although it may not be very romantic, many couples find it helpful to discuss these legal issues before getting married.

The Process of Marriage

A wedding and a wedding reception are the fun parts of the marriage process—a process which brings together family and friends in a celebration of the new couple. However, there are more mundane items that must be taken care of before a marriage is legally recognized. For example, a couple must fill out an application for marriage. Under Illinois law, this application must contain the following information:

After a couple completes the application, they must both appear before the county clerk and pay a license fee. The clerk will issue a license to marry and a marriage certificate form. Under most circumstances, the license to marry becomes effective one day after the date of issuance. This means that a couple cannot obtain a license and get married the same day. However, a license can be made effective on the same day of issuance by court order. It is also important to note that the license expires 60 days after the date of issuance.

Most people are aware that inappropriate touching and overt sexual advances generally constitute sexual harassment in the workplace. Verbal sexual harassment, however, includes more than just requests for physical acts and obvious catcalls. Unfortunately, many types of verbal harassment are obscured by what society tends to consider “normal behavior,” but “normal” does not make such conduct acceptable. If the behavior is consistent and unwanted—and you have made it clear that you want it to stop—you could have grounds to file a sexual harassment complaint.

What Is Verbal Harassment?

It is important to understand that verbal harassment can include suggestions, jokes, or innuendoes. It can also include a co-worker or supervisor asking inappropriate personal questions or sharing intimate details of his or her sex life. In many cases, verbal sexual harassment will be perpetrated subtly against all workers of one gender in a particular work setting, but just because no one person is singled out does not mean that it is not harassment.

If you have witnessed this type of sexual harassment, you can report it, even if you were not the direct victim. When this type of conduct makes the workplace a hostile or uncomfortable place, sexual harassment can be reported by any employee—even if he or she was not the target or subject of the behavior. Verbal sexual harassment must be gauged on how it impacted a victim, not on the intent of the perpetrator.

Dividing Retirement Funds When You Divorce 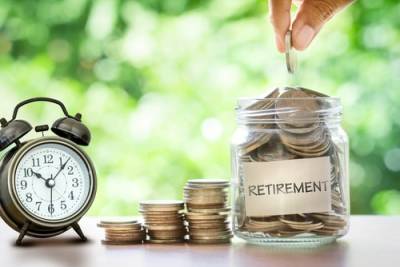 Securing your financial future by helping you save for retirement is something your employer may offer you as an employee. In addition, you may have saved on your own to build a healthy nest egg for your golden years. While money deposited in retirement accounts generally belongs to the person whose name is on the account, when that person gets divorced, if there are no agreements to the contrary, his or her spouse is entitled to an equitable portion of the money contributed into the retirement accounts during the marriage.

In Illinois, despite in whose name the account is held, retirement benefits, including pensions and 401k savings accounts, are considered marital property if they are acquired after the marriage was formalized and before a formal dissolution of a marriage is granted by a judge. If either spouse wants to challenge the classification of the retirement benefits as marital property, he or she has to show the court that the benefits were acquired in a way that qualifies as non-marital property under the law.

When a couple is getting divorced, each spouse can request an equitable portion of the other's retirement benefits be awarded by the court. However, Section 502 of the Illinois Marriage and Dissolution of Marriage Act provides that the couple could also agree on how to deal with the retirement benefits themselves. For example, they can decide to renounce all claims to the benefits, or, if they both have retirements funds, they can agree to an even split of the accounts. These agreements could be written into a marital settlement agreement, which is then reviewed by a judge before being entered as part of the final Judgment for Dissolution of Marriage.

Responding to Sexual Harassment in the Workplace

Troubling research suggests that at least 1 in 3 women experience sexual harassment in the workplace. It is a frightening statistic that lifts the lid on the darker side of employment. Despite the relative frequency of these incidents, many companies are still ill-equipped to deal with harassment reports. This has left many women and men unsure of how to react to unwanted advances.

There is no question that sexual harassment in any way, shape, or form is a serious matter. According to the U.S. Equal Employment Commission, even behavior such as teasing or offhand comments can be considered harassment if it happens frequently enough that it creates an offensive or hostile work environment. It could also be considered sexual harassment if it leads to an adverse employment decision in which the victim is demoted or terminated.