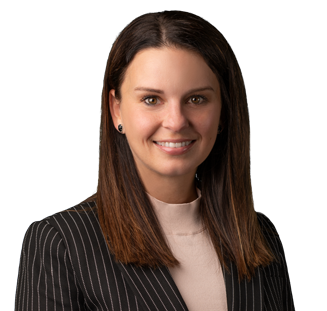 Jessica L. McGary has been practicing law since 2010. She joined Mirabella, Kincaid, Frederick, & Mirabella in November of 2022, where she practices family law. Prior to joining MKFM, Jessica was an appointed officer of the City of Aurora, where she served as Assistant Corporation Counsel. Prior to her time in public service, Jessica worked extensively in the areas of civil litigation, municipal law, school law, and employment law, representing both private individuals and businesses, as well as local public bodies.

Jessica graduated from Elmhurst College in 2006, with a degree in English. She then obtained her Juris Doctorate from The John Marshall Law School in 2010, and was licensed that same year.

Outside of work, Jessica enjoys travelling, working out, home improvement projects, coaching her kids’ sports, and spending time with her husband and two kids.