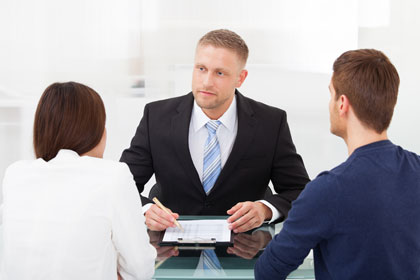 It may not seem romantic, but many couples find it wise to consult a family law attorney before they get married. Marriage is a contract and as with other types of contracts it can be helpful to define the terms of the contract before the parties enter into the contract. An experienced family law attorney can advise you regarding the benefits of a prenuptial or premarital agreement including resolving financial issues and other matters before a conflict arises.

Divorce is the legal mechanism used to end a marriage contract between two individuals. The divorce process can resolve many issues such as dividing marital property and debts, determining parental responsibilities and child support issues, and resolving such issues as maintenance or alimony payments. A divorce can be granted on no-fault grounds only. No-fault means that the person seeking the divorce does not have to prove that the other party did anything to cause the breakdown of the marriage. Fault requires that the person seeking the divorce prove that the other party did something specific to cause the marriage to fail. Prior to 2016, a divorce could also be granted on fault grounds, including adultery, mental cruelty, or abandonment, but fault-based divorce has been eliminated as an available option going forward.

Usually there are usually a limited number of issues to be resolved. These generally include maintenance (also know as alimony or spousal support), division of property and debts, and child custody, visitation, and support issues. Couples who can agree on these issues can usually finalize their divorce quickly. However, often these issues are contested. Involving an experienced family law attorney early in the process is usually advantageous in resolving any issues in dispute between the spouses.

The care and custody of children is often a contentious issue among divorcing spouses and can be an ongoing source of conflict even after the divorce is final. Previously, the courts were required to address both physical custody of minor children and legal custody. Physical custody dealt primarily with the daily care and control of the children while legal custody addressed issues concerning larger issues such as education, religion, and healthcare. Starting in 2016, the two have been combined under the scope of parental responsibilities and parenting time, with each parent allocated specific duties, obligations, and rights.

Parents are legally obligated to support their children financially and courts rarely allow parents to enter into agreements absolving one party of the their financial responsibility for their children. The legal obligation to support children usually terminates when the child reaches the age of majority, 18 in Illinois. A support order can be entered against either parent and determined based on the number of children born to the parties, custody arrangements, and financial ability to pay. An unmarried parent can also be ordered to pay child support once paternity or parentage is legally established. If a parent fails to pay child support as ordered state law generally allows for the suspension of driving privileges, loss of business or professional licenses, garnishment of wages or other finances such as tax refunds, or even jailing the non-paying parent. An experienced family law attorney can assist either parent with child support issues even if those issues arise after a divorce is final.

An adoption occurs when a child not born to a person or persons is legally declared to be the child of that person or persons even if neither person is the biological parent of the child. Every adoption requires that a court approve the action and requires some finding of fitness of the adoptive parents to care for the child.