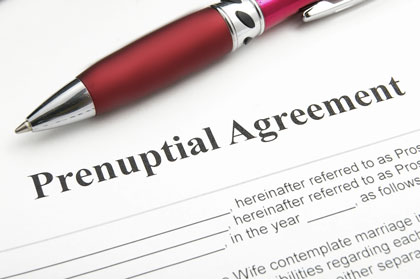 Most people do not consider that marriage is a contract between two consenting adults that changes the legal status of both parties. It is often advisable to consult with an experienced family law attorney before getting married to determine what your legal rights and responsibilities are.

Most states require that the parties to a marriage be 18 years old; however, individuals younger than 18 may be able to get married with parental consent.

It is also typically a requirement that some sort of formal ceremony be conducted by either a designated public official or a religious official before the marriage is legal.

Married couples usually have certain legal rights that unmarried couples do not have. These can include the right to inherit assets from each other, Social Security benefits, and the right to make medical decisions or pursue lawsuits on behalf of the other spouse. In the event that a couple chooses to get a divorce, each spouse will be entitled to receive an equitable share of the marital assets that were acquired during their marriage.

Many couples believe that they will obtain the rights of a married couple if they live together for a long enough period of time. However, Illinois does not recognize common law marriage, regardless of the length of time a couple cohabitates. In states that do recognize common law marriage, there is usually a requirement that the couple live together for at least 10 years and have an intention to get married before they can have the rights of a married couple.

Couples who are considering getting married or living together can often benefit from an agreement that defines their rights during the relationship or determines how certain issues will be handled should the relationship fail. For couples considering marriage, these agreements are commonly referred to as prenuptial agreements, and for those who are considering living together, they are called cohabitation agreements. A couple may also establish a postnuptial agreement at any time during their marriage. While these agreements are not very romantic, they are often very practical documents. Consulting with an attorney with experience in this area can often save the parties money and emotional pain down the road.

Most states, including Illinois, have guidelines regarding what can be covered in such an agreement. Courts will not uphold agreements that are reached fraudulently (such as situations where one party is coerced or threatened into signing an agreement) or that violate public policy. They will not usually uphold agreements regarding child support or child custody, since these issues will be decided based on what is in children's best interests at the time of a divorce or separation. Generally, marital agreements will be upheld when they focus primarily on property issues, including each party's rights regarding different types of assets and how property will be divided after the relationship ends. An agreement may also make decisions about whether spousal support will be paid by one party to the other.

If you have questions about your rights during marriage, or if you want to know more about how to establish a marital agreement, contact a skilled and compassionate DuPage County Family law lawyer at Mirabella, Kincaid, Frederick & Mirabella, LLC by calling 630-665-7300.