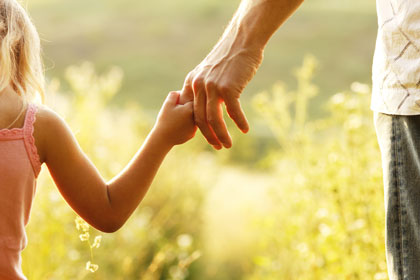 Lawyers for Parental Responsibility and Visitation Matters in DuPage, Kendall, and Will Counties

There is nothing more important in a divorce proceeding than maintaining a relationships between parents and children. While it is best for parents to reach a mutually acceptable agreement regarding custody and visitation, or parenting time courts will enter orders regarding these issues if the parties cannot agree. Consultation with an experienced custody and visitation attorney at our law firm can often help resolve issues of conflict.

For many years, child custody considerations have been largely unchanged in the state of of Illinois. Courts have long encouraged both parents to remain active and involved in raising their children even after a divorce. Custody orders, as such, could take many different forms.

Courts could order that one parent have sole custody of the children. This means that parent one responsible for both the day-to-day decisions regarding child care and the major decisions such as education, healthcare, and religious issues. The non-custodial parent was usually still entitled to visitation with the children. Joint custody could also be ordered. When joint custody was ordered, parents shared decision-making responsibility for the children, even if the children reside with one parent a greater percentage of time.

Going forward, however, the concept of child custody in Illinois has been dramatically updated. Courts will no longer consider sole or joint custody, instead allocating parental responsbilities for decision-making and caretaking functions between the parents. The changes are due to a recently-enacted law that is designed to maintain the focus of such proceedings on the best interests of the child.

It is always best if parents can reach an agreement regarding custody and visitation issues. Such an agreement makes it easier to comply with the orders that are entered. However, when parents cannot come to an agreement the court will enter an order regarding custody and parenting time. Formerly known as visitation, parenting time refers the time spent by a parent with the child, during which they have full responsibile for his or her physical well-being and daily activities.

Usually the court will begin by entering a temporary orders that apply while the divorce is pending. These orders often get entered shortly after the initial divorce proceedings are filed and continue until final orders can be entered. Such an order may be based on a temporary parenting plan submitted by the parents before the permanent arrangements are entered.

Courts can also order parents to mediation. During mediation parents meet with a neutral person in an attempt to resolve their differences and reach an agreement. Parents can also include a provision in the divorce orders requiring that any future disputes be resolved through mediation.

If parents are unable to reach an agreeable parenting plan, courts will often order that an evaluation take place. This means that an independent expert will conduct an evaluation of the parents and children and make recommendations to the court regarding custody and visitation.

If child custody issues require a trial the court will enter orders it believes are in the best interest of the children. Factors that courts may consider in entering such orders include the age of the children, the children's preference, which parent has been the primary caregiver, the physical and mental health of the parents, or any other relevant issue the court deems important.

Modification of Custody and Visitation

Once a permanent custody and visitation order has been issued, certain procedures must be followed to change such orders. Change of custody and visitation can occur through mediation or through court order. However, in many instances the parent petitioning for a change must show a substantial change in circumstances. In most situations the court will only consider changing a parental responsibility or parenting time order after a certain number of years unless the health or safety of the child is at issue. Any future modficiations will be made under the new provisions in the law, possibly leading to significant differences for many family situations.

For help with any questions related to the allocation of parental responsibilities or parenting time, contact a skilled and compassionate DuPage County custody and visitation lawyer at Mirabella, Kincaid, Frederick & Mirabella at 630-665-7300.