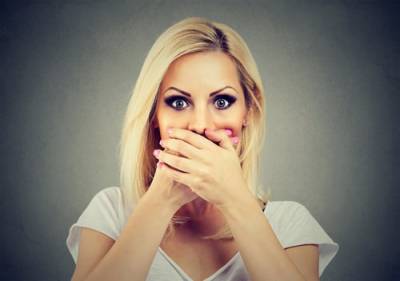 Sexual harassment and sexual violence have been present for long as humans have had societies, though the issues have not always been discussed publicly. Many people point to the allegations made by Anita Hill against then-Supreme Court nominee Clarence Thomas in 1991 as the beginning of the public battle against sexual harassment. In recent months, the war has been reignited with great fervor as countless high-profile individuals have been accused of sexual harassment, sexual assault, and other forms of sexual misbehavior.

Perhaps the most common response to each new allegation that comes out is a question: why did the victim wait so long to come forward? If the abuser’s actions were brought to light sooner, they could have been dealt with sooner. Coming forward with allegations of harassment, however, is often the most difficult thing a victim will ever have to do—especially for women who have been the victims of male abusers.

Support From an Unexpected Source

At least one popular actor—whose story may come as a bit of surprise—says that he totally understands why those who have been harassed are afraid to tell their stories. He understands because he himself has been a victim. Now, he hopes to provide an inspiration for those dealing with the private pain and shame that often comes with victimization, and he encourages all victims to come forward and tell their stories.

In the wake of allegations against a noted film producer, comic actor Terry Crews took to Twitter to share his story of harassment and abuse. The actor—best known for TV roles in Everybody Hates Chris and Brooklyn Nine-Nine—tweeted that he was groped in public by a “high level Hollywood executive” last year. Crews would later tell interviewers that the executive squeezed Crews’ genitals while “licking his tongue out and all this stuff.” The imposing, muscular actor said he considered physical retaliation but realized that the next day’s headlines would say: “240 lbs Black Man stomps out Hollywood Honcho.”

“I Did Nothing Wrong”

Crews said that he struggled with his emotions after the fact but feared coming forward because of what it might do to his career—a reaction that is common when an abuser holds power over the victim. “I let it go,” he said. “And I understand why many women who this happens to let it go.” He has since named his alleged abuser and filed a police report in an effort to encourage other victims to overcome their fears. “I will not be shamed,” Crews said. “I did nothing wrong.”

When victims of sexual harassment remain silent, there is little that can be done to right the wrongs they have suffered. If you have been harassed by a work colleague or supervisor, the first step is to tell someone who has the ability to help you take action. Contact one of our compassionate Illinois workplace sexual harassment attorneys today. We will meet with you to discuss your case and assist you in deciding how to proceed. Call MKFM Law for a confidential consultation.