The Consequences of Divorce on Future Children 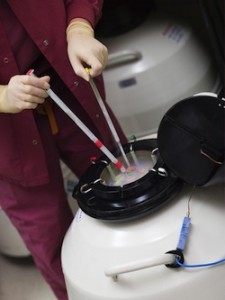 Advances in science have given couples great opportunities to overcome fertility issues, and in other cases, opportunities to preserve their chances of having children by freezing embryos. However, when a couple decides to have a child, either through surrogacy or by preserving embryos for future use, they need to consider the consequences of those decisions in the event of a divorce or separation.

There is not a specific Illinois law or court case that outlines what happens to embryos when parents divorce or separate. In fact, this is a question that an Illinois Appellate Court will soon rule; a prospective father wants to stop a prospective mother from using embryos without his consent.

If a couple has a specific agreement as to how embryos are to be used after a separation, courts may follow it. However, in the event that a couple decides one parent can use embryos to have children, they cannot just make an agreement among themselves as to future visitation and child support. They will additionally need judicial approval on any agreements.

In one Illinois case, divorcing parents came to an agreement that if the father did not pursue visitation, the mother would not seek child support. However, the mother later sought child support and the Illinois Supreme Court awarded it—including back child support—and stated that the parents should have gone to court to have their agreement approved by a judge.

If prospective parents participating in a surrogacy agreement decide to split up before the birth of a child, it is likely that they will have to petition a court for custody as they would with any other child in a divorce.

If you are going through a separation in which children are involved, an experienced and compassionate family law attorney can help you negotiate the emotional issues of custody, visitation, and child support. Contact an Illinois family law attorney at MKFM Law for a consultation on your case. Call 630-665-7300 today.