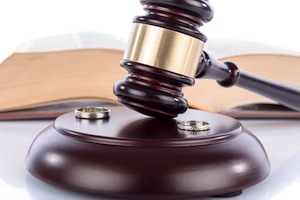 Under certain circumstances, an individual may wish to request that a court declare his or her marriage invalid. Invalidity of a marriage, which was formerly known as annulment, is a distinct process from divorce. In order to have a marriage declared invalid, the marriage must have occurred under specific circumstances as described by law.

Under Illinois law, a marriage may be found invalid if it was entered into under one of the following conditions:

Importantly, there are time limits placed on when a marriage can be declared invalid. For marriages that involve a lack of the capacity to consent, a petitioner (the person seeking the marriage to be declared invalid) has 90 days after he or she becomes aware of the described condition. For the inability to consummate the marriage, the petitioner has one year after becoming aware of the condition. For a person who married while 16 or 17, the underage party (or his or her parent or guardian) has until the time when the underage party reaches the age at which he or she could have married without needing to satisfy the requirement that was not fulfilled.

An individual who goes through a marriage ceremony and subsequently cohabits with the person he or she married with the good faith belief that they are married becomes a putative spouse until knowledge of not being legally married terminates that status and prevents the acquisition of any further rights. A putative spouse is conferred the same rights that a legal spouse is granted, including the right to maintenance following the termination of his or her status.

In some cases, unforeseen circumstances can raise the possibility that a marriage can be declared invalid. If you would like more information about the process for declaring a marriage invalid, please contact an experienced Illinois family law attorney. At MFKM Law, we can provide the help you need. Call 630-665-7300 to schedule your consultation today.