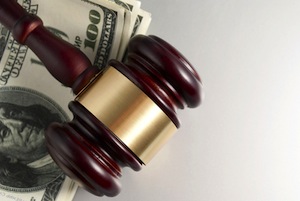 Court ordered child support is very helpful to a parent who is primarily raising a child; unfortunately, not all parents fully comply with their obligation to pay the ordered amount. According to one statistic, Illinois children were once owed $3 billion in unpaid back child support. When the money cannot be collected, it can be very frustrating for a parent who depends on these funds to help with their child's daily needs.

In Illinois, one of the primary ways in which child support is collected is through wage garnishment. Under Illinois law, an employer can withhold money from an employee's check if an employee has been ordered by a court to pay child support. The money is then sent to the Illinois State Disbursement Unit for distribution to the parent with a child support order.

Moreover, the state can also take a portion of a parent's unemployment benefits to pay child support if a parent is unemployed.

Other ways in which child support can be collected include placing liens on property, taking federal and state tax returns, and seizing a portion of lottery winnings. The state can also put pressure on a parent to make him or her pay by taking away or denying a passport, and by reporting non-payment to credit bureaus.

In addition, failure to pay child support is a crime in Illinois, and is punishable by both fines and imprisonment when a parent owing child support commits the following:

A judge can also hold a parent in contempt of court.

For a self-employed person, in addition to the punishment and fines provided under the law, a judge can order him or her to get a job or show proof of regular job search aimed at securing regular employment to help pay the ordered child support.

If you were awarded child support, but are having a hard time collecting it, there may be resources available to assist you. An attorney who takes an aggressive approach to collecting your child support payments can help. Contact an Illinois family law attorney at MKFM Law for a consultation.