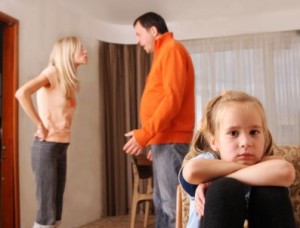 Studies have shown that couples that argue about money are more likely to get a divorce than couples that argue about sex, according to a new study reported upon in the Daily Mail. The study looked at 4,500 couples over several years and it showed that stress over finances topped the list of predictors of divorce. This is likely because arguments about money tend to be more heated, involve harsh language, and end up being longer—perhaps because of their obvious day-to-day importance. An assistant professor of family studies and human services at Kansas State University told the Daily Mail that, “you can measure people's money arguments when they are first married. It does not matter how long ago it was, but when they were first together and already arguing about money, there is a good chance they are going to have poor relationship satisfaction.”

This goes hand in hand with the notion that financial compatibility is one of the most important key factors in relationship compatibility. As Jeffrey Dew of the National Marriage Project told Psychology Today, “couples who reported disagreeing about finances once a week were over 30 percent more likely to divorce over time than couples who reported disagreeing about finances a few times per month.”

According to Psychology Today, “formulating with your partner a viable financial plan, paying attention to patterns of financial discontent, initiating conversations early to resolve differences, and seeking financial or couples counseling when needed are some of the keys to maintaining financial peace.” This may be true, but in some cases where the disagreements are too fundamental and deeply rooted, counseling is not likely to work.

If you or someone you know is considering divorce because of financial incompatibility, don't go through it alone. Contact one of Mirabella, Kincaid, Frederick & Mirabella, LLC's knowledgeable and dedicated attorneys for a free consultation.