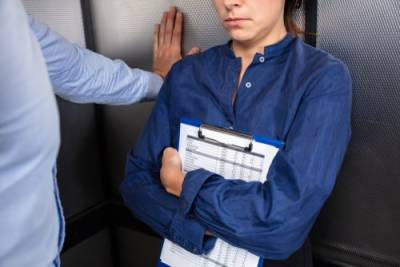 The fast-food chain McDonald’s has been one of the most popular restaurants in Chicago and across the U.S. for decades. However, the restaurant’s reputation has been soiled by what many employees are calling ongoing, unaddressed sexual harassment against workers. Just recently, McDonald’s staff in cities throughout the country walked off the job in protest of workplace sexual harassment. This walk-off is not the first of its kind. In fact, McDonald’s workers have organized strikes multiple times in the past over allegations of discriminatory actions and workplace harassment issues.

Restaurant Workers Say They Were Verbally and Physically Harassed

Workers should be able to focus on their jobs. However, demeaning and inappropriate language and behavior in the workplace can sometimes make it impossible to do so. Harassment and discrimination can take countless different forms. Sometimes, sexual harassment takes the form of unfair treatment toward workers of a certain gender. Other times, sexual harassment involves displays of explicit or outright pornographic images or videos. Unfortunately, some workers are even subject to sexual assault on the job. One McDonald’s manager is accused of raping an employee who was just 14 years old at the time. The manager had previously been sentenced to ten years in prison after sexually assaulting a child but still managed to gain the position of manager at the fast-food establishment.

In April, McDonald’s announced that its 2 million workers would be required to undergo anti-sexual harassment training. Restaurants will be required to meet the new standards starting January 1, 2022. Restaurant managers are also expected to collect ongoing feedback about the workplace culture to ensure that the restaurants are safe for employees and customers. However, some claim that anti-sexual harassment training is not enough.

Restaurant Workers Are at Especially High Risk of Harassment

To learn more, contact the knowledgeable Wheaton sexual harassment attorneys at MKFM Law. Our team of skilled lawyers are committed to protecting workers’ rights and holding the at-fault parties responsible. Call our office today at 630-665-7300 for a confidential consultation.