Modifying an Alimony Award in Illinois 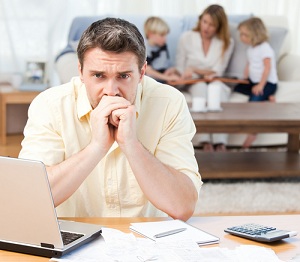 In a divorce proceeding, a court can sometimes award one spouse maintenance. This is a monetary award usually paid monthly by one divorcing spouse, which is supposed to help support the other divorcing spouse. Spousal support can be awarded to either spouse, and is based on the facts of a case and a judge's consideration of certain factors provided by the law. Divorcing parties can also come together and agree to the amount of support to be paid based on negotiations, or on a prior document such as a prenuptial agreement. Spousal maintenance is not awarded based on which spouse was at fault for the demise of the marriage.

Modification May Be Necessary

Sometimes, the spouse ordered to pay support may find that for one reason or another, they are not able to keep up with the maintenance payments. According to Illinois law, 750 ILCS 5/502(f), whether or not a spousal maintenance order is modifiable depends on whether or not the order was stated to be non-modifiable. For example, if the award was as a result of an agreement between the spouses, they could have agreed to have spousal maintenance in place for a specific period of time, and made the award non-modifiable.

Without a prior agreement limiting modification, the court may make modifications to alimony payments based on a substantial change in either spouse's circumstances. If a judge decides that modification is in order, the judge has to consider several factors used to determine the amount of the spousal support, as well as some additional factors. Some of these additional factors to be considered

The judge may also consider any other factors that he or she deems fair in the circumstances.

If you were ordered to pay spousal support and would like to seek a modification due to changes in your life, contact one of our attorneys for help at 630-665-7300. The experienced attorneys at MKFM Law can assess the facts of your case and advise you as to whether or not you qualify for a modification.