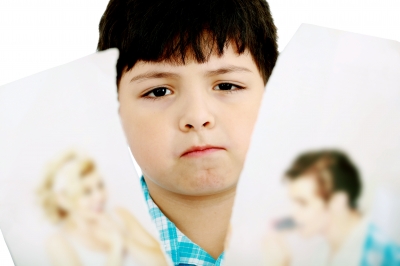 During a divorce proceeding, resolving the issues of child custody and visitation rights can be very difficult and costly for both the parties and the minor children. With emotional levels high, children are often affected deeply by divorce. According to WebMD, “children of divorce tend to fall behind in their math and social skills and may not catch up with their peers.” These educational challenges can often accompany feelings of anxiety, sadness, and low self-esteem. According to the study, published in a 2011 issue of American Sociological Review, “these problems first surfaced when the divorce proceedings began and did not get better or worse after it was finalized.”

After a divorce, many spouses feel the need to cut all ties—to begin a new life in a new place where the bad memories of the failed marriage are left behind. Yet moving can often cause anxiety or stress for children. How does relocating after divorce affect kids? According to a publication issued by the Financial Planning Association (FPA), “it is estimated that 17 to 25 percent of custodial parents move out of the area within the first two years after divorce.” That means that up to a quarter of children of divorce face a double psychological whammy: how to navigate the sociological implications of divorce while also dealing with losing their school and social world. Nonetheless, according to the FPA, “there does not appear to be any credible evidence on the effects on children moving away with one parent after divorce.”

Laws regarding relocating after winning custody vary by state. In Illinois, under the Illinois Marriage and Dissolution of Marriage Act, “the court may grant leave, before or after judgment, to any party having custody of any minor child or children.” However, historically, prevailing on a motion to remove the minor children from Illinois has been a difficult if not impossible feat. Yet, as of more recent, Illinois courts seem more open to removal as our society becomes more transient and technologically advanced.

To improve your chances of being able to remove your children from the State of Illinois during or after a divorce, secure the counsel of a highly qualified and competent divorce lawyer. If you or someone you know is considering divorce, contact one of Mirabella, Kincaid, Frederick & Mirabella, LLC's knowledgeable and dedicated family law attorneys today.