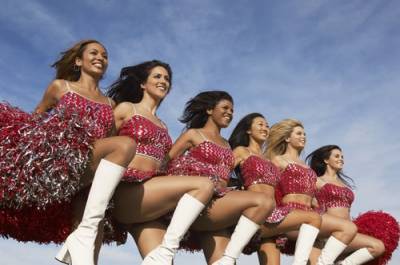 As with any profession that involves sex appeal, there are likely to be instances where cheerleaders may be placed in uncomfortable situations, some of which may even rise to the level of sexual harassment or sexual misconduct. A recent report suggests that this may have been the case for members of the Washington Redskins cheerleading team during a trip to Costa Rica in 2013.

Several members of the Washington Redskins cheerleading team told The New York Times that a 2013 trip to Costa Rica for a photo shoot ended up being more than they bargained for—and for several reasons. First, the women say that when they arrived in Costa Rica, officials from the team collected their passports, effectively denying them official identification and preventing them from leaving.

Then there was the issue of the photo shoot. According to the report, the shoot required many of the women to be topless or wearing only body paint. While this was not necessarily the problem, given the secluded nature of the setting and the resort, but the women say that were not alone. Apparently, the team had invited sponsors and stadium suite owners—all of whom were men—to watch the shoot from up close.

Finally, on at least one occasion, after a 14-hour day of shooting and dance practice, the women say they were required to serve as personal escorts for the male sponsors at a Costa Rican nightclub. The women acknowledge that there was no sex involved, “but it was mandatory for us to go,” one of them said. The women felt that the requirement was tantamount to “pimping us out.”

The cheerleaders did not identify themselves in the report because of confidentiality agreements they signed upon joining the team.

There are no indications that these specific cheerleaders have filed formal discrimination actions against the Redskins at this time, but there have been complaints filed against the NFL for similar things in the past. If you have been a victim of sexual harassment in the workplace, you need help. Contact an experienced Illinois sexual harassment attorney for guidance today. Call 630-665-7300 for a confidential consultation at MKFM Law.