Parental Alienation Can Cause Serious Problems 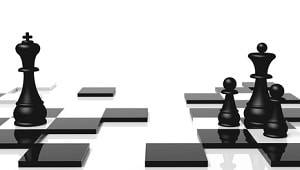 In cases where the well-being of a child is at issue, sometimes parents will resort to inappropriate measures. Illinois law recognizes one of the most insidious—known as parental alienation—as a possible reason to adjust a parenting plan or custody arrangement. Many people, however, do not understand parental alienation or how to recognize the signs of it.

While there is currently some debate as to whether parental alienation syndrome (PAS) is a true disorder, this question is all but irrelevant in the legal system, where the effects of parental alienation are very real. Parental alienation, in legal terms, occurs when a child is influenced or brainwashed into believing the worst of one parent, most often by the other parent—though sometimes by a grandparent or someone else close to the alienator. The ultimate goal is usually to get the child to totally reject the other parent. This most often happens during custody or divorce proceedings, though it can, in theory, occur at any time in a child’s life.

Because children’s minds are impressionable, it is imperative to be able to spot this kind of gaslighting as early as possible. Most of the risk factors, however, hinge more on the conduct of the other parent than that of the child. Red flags include:

Many other potential issues are evident in alienating parents that can have effects on their children’s relationships with the other parent. Children of relationships where alienation happens may also exhibit psychological difficulties like depression, anger issues, and low self-esteem. However, these are understandably more difficult to link to potential parental alienation, at least by legal standards.

Is There a Legal Remedy?

Proving parental alienation can be difficult, but if it can be done, the common legal remedy is to effect a change in custody—now called the allocation of parental responsibilities in Illinois. The most oft-cited recent case on the subject is In re Marriage of D.T.W., decided in 2011, and in it, a case was conclusively made that the mother, exerted considerable effort in trying to alienate her two children from their father. As a result, the Court of Appeals affirmed the lower court’s ruling granting sole custody to the father. The ruling gave the children a chance to truly spend time with their father rather than to buy into their mother’s misinformation.

Parental alienation is very real, and it is grounds to petition for changes in parenting time. If it is happening to you, you need an advocate on your side. Contact an experienced Wheaton family law attorney to get the help you need. We will fight for you to ensure you keep your relationship with your children. Call us today at 630-665-7300 to set up an appointment.