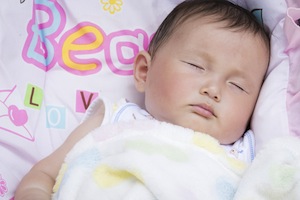 If you have adopted a foreign-born child, you may wish to go through a process called re-adoption after returning to Illinois. Though not required by law, re-adoption offers several benefits to both adoptive parents and the adopted child. Further, the process is usually a simple and happy occasion.

Perhaps the biggest reason for re-adopting is that the process ensures that any rights of the biological parents to the child are terminated. This will help protect against any potential issues, however rare they may be, that could arise in the future. Another benefit is that during the re-adoption process, the child's name can be legally changed. Frequently, adoptive parents desire to select their own name for their adopted child.

By re-adopting, documentation of the birth can be obtained simply by contacting the Illinois Vital Records. This is important because it avoids potential difficulty in obtaining the foreign adoption decree. Re-adoption allows for the creation of a Record of Foreign Birth, which is a legal and binding document that the adoptive parents receive upon the completion of the adoption. In order to acquire a Record of Foreign Birth, the adoptive parents must submit a Certified Illinois Certificate of Adoption and some other form of evidence of the child's date and place of birth, such as a certified copy of the original birth certificate.

A Record of Foreign Birth is similar to a birth certificate and will list the adoptive parents as the birth parents of the child. As a result of this, the foreign adoption decree and English translation of it are no longer needed. This will greatly simplify processes related to school registration, applying for a driver's license, and other applications that require a birth certificate.

Another important benefit of re-adopting is related to the adoptive parents moving to another state with their adopted child. Other states may not recognize the foreign adoption decree, which can cause problems. Re-adoption eliminates the risks of any problems because all states recognize final adoption decrees obtained in other states within the U.S.

The process of re-adoption begins with the filing of Petition for Adoption. If you are thinking about re-adopting, it is important to file to begin the process as soon as possible after returning to the U.S. By doing so, you can avoid having to go through another adoption home study. The actual process of re-adopting is often a joyous occasion, in which the judge will be eager to meet the adopted child and any other children you already have.

The decision to adopt a child is one that has many benefits for both the adoptive parents and the child who is adopted. If you are considering adopting a child born in another country to grow your family, it is important to speak with an experienced Illinois family attorney because the process of international adoption can be complex. Please contact our attorneys at MKFM Law today. Call 630-665-7300. We look forward to hearing from you and discussing how we can help.