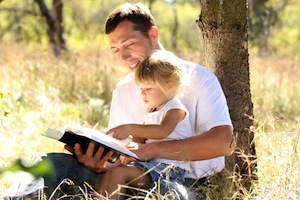 When parents decide to divorce or separate, they are faced with several issues—especially when determining what is best for their children. One issue may be determining which religion their children will follow if the parents have different religious beliefs. Depending on the level of the parents' ability to cooperate with each other after the divorce, the issue of religion can be a simple compromise or a drawn out conflict.

Parents can always come together to make decisions as to which religion the children will follow. Under Illinois law, the agreement the parents enter into can specify a parent's powers, rights, and responsibilities for the religious training of the children. If parents agree to a religion, and present the court with the agreement in a parenting plan, the court is likely to enforce it.

If the parents cannot agree Illinois courts may decide the issue of religion in accordance with the best interests of the children. Because a person's religion is a choice that can implicate First Amendment constitutional issues, a court cannot make custody decisions based solely on a parent's religion or lack of religion. Additionally, if brought up in a child custody case, religion is only considered to the extent it affects the child's physical, mental, emotional, or psychological health. In some cases, when the involved children are of a certain age, the court may also seek their opinion as to which religion they want to follow.

If there is no agreement as to the religion of the children, but custody has been determined, situations may later arise that cause a parent to seek judicial intervention. For example, if one parent believes the other parent's religion is causing harm to the children, that parent may petition a court to change custody in the best interests of the children.

For some, ensuring that their children are raised practicing a particular religion is of the utmost importance, even after a divorce. Negotiating can often make a big difference in resolving a religious issue in child custody matters. An experienced and compassionate family law attorney can help you negotiate these critical matters, and can assist you in generating an agreement that meets the best interests of your children. Contact an Illinois family law attorney at MKFM Law to schedule a consultation and discuss the needs of your specific situation. Call 630-665-7300 today.