Dividing Pension and Retirement Benefits during a Divorce 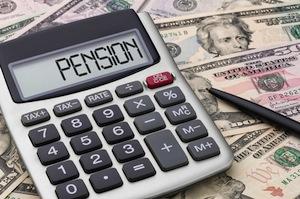 An important part of a divorce proceeding is the division of property. An individual's pension and/or retirement accounts earned and/or acquired during the course of the marriage will be included as part of the marital property that is divided.

There are several different types of retirement plans, but two general forms include the following:

If the divorcing parties share in each other's private pension or retirement plan, a qualified domestic relations order (QDRO) must be entered with the court. This is an approved order that informs the plan administrator that another party has a right to all or a portion of the benefits payable. The QDRO sets the specifics of the distribution, including how much each party will receive, when benefits will be distributed, and how the benefits should be distributed.

The process of divorce can be complicated, particularly when it comes to the division of property. However, the resolution of these issues is one of the most important components of divorce. If you would like more information about the valuation and division of marital property at divorce, speak with an experienced Illinois family law attorney at MKFM Law today. We provide compassionate legal representation to individuals dealing with the process of ending a marriage. Call 630-665-7300.