Potential Roadblocks to a Successful Adoption 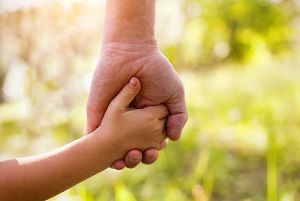 The decision to adopt a child can be one of the most rewarding yet terrifying undertakings of a person’s life. As such, most people do go into the process with an understanding of how difficult and laborious it can be. Still, no one can be prepared for everything, and certain roadblocks can slow down the adoption, especially if you are caught by surprise when problems arise.

Problems With the Birth Parents

Among the issues that tend to occur in this regard is a birth parent either deciding against going through with the agreement or later deciding that they want to reclaim their child. While this is not necessarily common, it does happen and can place both the birth parent and the child in legal limbo. The birth mother retains the right to parent her own child up until the final paperwork has been signed, and sometimes this leads to adoptive parents being left with nothing but money spent and pain in their hearts, despite the solid legal foundation for this rule.

Money can also be an issue when birth parents back out of a prospective adoption. It is not uncommon for adoptive parents to cover some or even all of the legal costs to support the birth mother through her pregnancy, and it is a rare occasion when these costs can be recovered if the adoption is not completed.  Even if a suit can be brought, a birth mother is judgment proof in many situations. Illinois law does not ban action against the birth mother, but it does explicitly prohibit specific types of expenses from being covered by the adoptive parents, in part because of the difficulty of recouping them if something goes wrong.

Problems With the Law

The other major category of problems many U.S. adoptions face is dealing with more specific legal issues, especially changes in state or international law that can adversely affect an adoption in progress. For example, in 2013, Russia legally barred U.S. citizens from adopting Russian children, after a newly-adopted Russian child died in a hot car, creating an international incident. Hundreds of U.S. couples, who had already paid the requisite fees and completed the paperwork, were denied the right to take their adopted children out of the country due to the ban. There is little to no recourse available if you are affected by such a change of law.

It is also possible to experience difficulties in this country, most commonly over clouded custody issues. A child will usually not be released to adoptive parents if custody issues remain, but it does happen where an unmarried birth father will suddenly appear and express his wish to parent the child. The standard he must meet in order to contest an adoption is high, but it is not unattainable, and it can be an unpleasant surprise for adoptive parents if this occurs seemingly out of nowhere.

If you are a considering an adoption, an experienced Wheaton adoption attorney can help you be on the lookout for potential problems. When issues do arise, we will help you solve them quickly and with minimal effect on the adoption process whenever possible. Call 630-665-7300 for a confidential consultation at MKFM Law today.