Servers May Be Tolerating Sexual Harassment Due to Financial Need 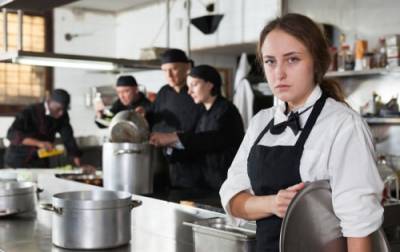 It is an unfortunate reality that sexual harassment allegations are prevalent in the restaurant industry. In fact, over 14 percent of the 41,250 sexual harassment claims filed between 2005 and 2015 in the U.S were in the food service and hospitality sectors. One study found that 40% of women have experienced unwelcome sexual behaviors while at work. Fortunately, public perception of sexual harassment is changing, and many behaviors which were once tolerated are no longer socially acceptable.

Close Proximity and Availability of Alcohol May Contribute to Harassment Risk

There are several reasons that sexual harassment is such an issue in the food service industry. In some circumstances, restaurant owners or chefs have absolute power. If a chef who brings in massive revenue for the restaurant sexually harasses a server, the restaurant may simply fire the server. Employees who are unaware of their legal rights may assume they must tolerate unwanted attention because their immediate boss will not stop it. This is worsened by the fact that many young people work in restaurants. A young teenager at their first job may assume that all work places involve inappropriate behavior since they have no other work experience to use as a comparison. The close quarters of many restaurants can also increase the prevalence of sexual harassment. Employees who work at bars and restaurants with alcohol may have the greatest risk of being sexually harassed because of the inhibition-lowering effects of drinking.

Many servers, bussers, cashiers, and other restaurant workers have experienced instances when a customer did or said something that made them feel very uncomfortable, but they did not say anything for fear of losing tip money. While customers acting inappropriately toward an employee itself is not considered unlawful sexual harassment, if it is reported and the employer does nothing to stop it, the employee can bring a claim of hostile work environment sexual harassment against the employer.

If you have been the victim of sexual harassment, do not hesitate to contact a knowledgeable DuPage County employment discrimination lawyer. To schedule a completely confidential consultation at Mirabella, Kincaid, Frederick & Mirabella, LLC, call 630-665-7300 today.