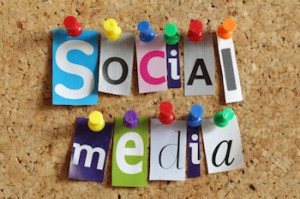 Facebook now boasts over one billion users worldwide, and Twitter hosts more than 50 million tweets per day. In an age where so much information is shared online, and with so many potential ramifications because of that outpouring of information, it is of the utmost importance to maintain some privacy if you are considering filing for divorce.

Information that you or your spouse post on Facebook, Twitter, or other social networking websites may be discoverable and used as evidence in divorce proceedings. Because of the sheer volume of information we've started to share online, the amount of information that can be used against you or your spouse is potentially quite vast. This can include information or documentation relating to drug or alcohol use, romantic involvements, information on new partners, negative comments about a spouse, money and other assets spent on affairs, documentation of how assets are being used, and even potential evidence of hidden assets. All of this information can have a significant impact on a divorce case. In a study from the American Academy of Matrimonial Lawyers, the organization found that 80 percent of surveyed lawyers used Facebook data in preparing divorce cases, and 66 percent considered Facebook the most important source of evidence in divorce cases.

Some issues are particularly susceptible to influence from social media. For example, information on social media is helping practitioners and spouses support claims for dissipation. Dissipation is a concept wherein a spouse uses marital funds for a non-marital purpose after the point in time when the marriage has undergone an irretrievable breakdown (for example, a spouse spends marital funds on gambling or extra-marital affairs). This affects the amount of marital property a court can award to the spouses, and the courts may therefore penalize the dissipating spouse in the property distribution. Social media is an excellent way for a spouse to discover these potential sources of dissipation, including discovering affairs their spouse may be involved in (and the marital funds that may be spent on such a romantic involvement).

Additionally, it is important for spouses not to publicize information shared between them and their attorneys. Under most circumstances, what you say to your attorney is protected through the attorney-client privilege, and your attorney cannot be forced to disclose those communications. However, if a party publicizes these communications to third parties, for example through Facebook or Twitter, the privilege may be waived and the opposing counsel may be able to use that information against you.

Depending on the circumstances, emails and text messages can also be discoverable. Last year, the American Academy of Matrimonial Lawyers noted that over 90 percent of divorce attorneys surveyed stated that they had seen in an increase in evidence taken from smart phones in divorce cases over the past three years. Therefore, it is important to taper what you say to your spouse through e-mails or text messages so as to avoid that information being used against you.

If you are considering a divorce and want to learn more about how to protect yourself and your social media presence, contact Mirabella, Kincaid, Frederick & Mirabella, LLC today.