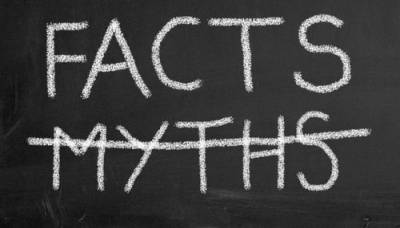 There is a lot of misunderstanding about what different sex crimes are called. This is partially due to some phrases being used casually and partially due to variances between different states’ terminology. Sexual harassment, as it pertains to the law, can only happen in a work or school environment. A construction worker who catcalls a passerby may be acting in an unacceptable way, but this is not technically sexual harassment.

Myth 2: Only Women Are Victims of Sexual Harassment

Recently, singer Mariah Carey settled a sexual harassment lawsuit with her former manager, who is also a woman. The former manager alleged that Carey was often nude around her and that she felt uncomfortable. This is just one of many sexual lawsuits brought against women every year. Both men and women can be victims and perpetrators of sexual harassment.

Myth 3: Victims of Sexual Harassment Who Agree to Sexual Favors for Work Perks Relinquish Their Rights

Quid pro quo is a Latin term that means “something for something.” Quid pro quo sexual harassment occurs when a person of authority such as a boss or supervisor uses that power to gain sexual favors. For example, a boss who suggests a subordinate could get a pay raise by performing sexual favors for him or her is guilty of quid pro quo sexual harassment. Victims should know that agreeing to the perpetrator’s demands or giving into threats or intimidation does not mean they cannot seek restitution.

Myth 4: An Offhanded Remark or Joke Is Sexual Harassment

Hostile work environment sexual harassment is the term used for situations in which an employee is subjected to unwanted advances, sexual innuendos and jokes, or offensive language related to gender. The law specifies that this type of harassment must be severe or pervasive enough to create a hostile or abusive work environment. A single remark or joke will probably not be considered sexual harassment in the eyes of the law.

Myth 5: You Should Wait Until the Harassment Gets Worse to Report It