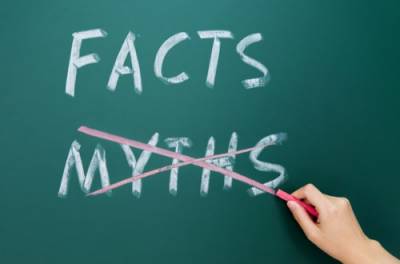 There are two types of sexual harassment according to the law: quid pro quo and hostile work environment harassment. The former involves a superior’s attempts to trade work-related benefits for sexual favors from a subordinate employee. The latter involves severe or persistent sex or gender-related remarks, jokes, or actions that are demeaning or inappropriate for work. An employee should never discount the severity of sexual harassment because the harassment has not escalated to touching—which could be considered criminal sexual assault.

Myth 3: It is Best to Just Ignore Harassment Until It Stops

Unfortunately, sexual harassment often worsens over time. An employee who gets away with making disparaging remarks or behavior may be emboldened when he or she is not called out for this inappropriate behavior. If you have experienced sexual harassment, never simply assume that the problem will go away on its own. Communicate via e-mail to a supervisor or human resources representative if you experience unwanted inappropriate behavior at work that makes you feel uncomfortable. If actions are not taken to address the issue and prevent further instances of harassment, you may have a valid sexual harassment claim.

If you have been sexually harassed at work, contact Mirabella, Kincaid, Frederick & Mirabella, LLC for help. Schedule a confidential consultation with a skilled Illinois sexual harassment attorney by calling our office at 630-665-7300 today.