Verbal abuse, sometimes called emotional or psychological abuse, can take many different forms. Blaming, accusing, name calling, disparaging, yelling and belittling are all forms of verbal abuse. This form of abuse often causes serious emotional pain and mental anguish. The recipient of verbal abuse ends up constantly defending and explaining him or herself to the abuser—an exhausting cycle of back-and-forth contention between the parties that can break a person's spirit nearly beyond repair.

Unfortunately, verbal abuse can be a frequent occurrence in many relationships. In couples, a verbal abuser often views his or her partner's “separateness,” i.e. that person's independent thoughts, views, desires, feelings, and expressions, as an irritation or even an attack on the abuser. There are many theories as to the cause of verbal abuse, including the notion that an abuser may have low self-esteem and so, through verbal abuse, the abuser helps to bring the victim down to that same level. 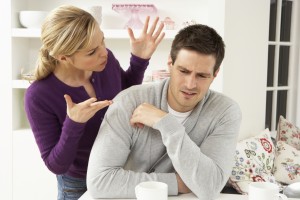 Individuals of all genders, races, cultures, and ages can experience verbal abuse. In family and couple relationships, verbal abuse can increase in intensity and frequency over time and as the relationships deteriorate it can have long-lasting and traumatic effects on the victims of such abuse. For example, after long-term exposure to verbal abuse, victims can fall into clinical depression or experience post-traumatic stress disorder (commonly referred to as PTSD). Victims can also succumb to stress-related illnesses after repeated exposure to verbal abuse.

Although verbal abuse is the most common form of abuse, it is generally not taken as seriously as other forms of abuse because there is no “visible” proof and the abuser can have a perfectly normal, healthy persona around other people. In reality, verbal abuse can be as detrimental to a person's health, if not more, than physical abuse, and can cause psychological disorders that last through a person's lifetime.

Although family law attorneys are not therapists, they can be critical in assisting the victims of verbal abuse with determining a plan of action for protecting the victims and separating from and divorcing abusive spouses. Please contact the caring and dedicated Illinois family law attorneys at Mirabella, Kincaid, Frederick & Mirabella, LLC, if you are the victim of verbal abuse from your spouse and are in need of assistance.