What Happens when Unmarried CoHabitating Couples Split Up? 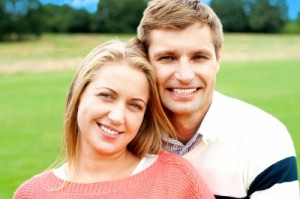 The organization, Unmarried Equality, reports that in 2012 there were 112 million unmarried adults nationwide, representing 47 percent of the country's adult population. Twelve million of those unmarried adults live with a romantic partner. Between 1960 and 2000, the number of unmarried, cohabitating partners has increased substantially, even more dramatically in recent years. Statistics show that between 1990 and 2007, the number of unmarried couples who were living together increased 88 percent.

Many couples who plan on eventually getting married live together first. About 75 percent report they plan on marrying at some point, and about 50 percent of them get married within the first five years of living together. Forty percent of those couples break up within that five year period and ten percent remain unmarried, cohabitating partners.

What happens legally when couples who are living together break up? The Illinois Parentage Act covers all issues relative to children of unmarried parents; however, Illinois doesn't recognize common law marriage, nor does it award palimony. As such, questions such as support and ownership of property, other assets, and debts the couple may have acquired in their time together could pose legal problems.

If you are in an unmarried, cohabitating relationship, and have questions , contact one of Mirabella, Kincaid, Frederick & Mirabella, LLC's knowledgeable and dedicated family law attorneys today.