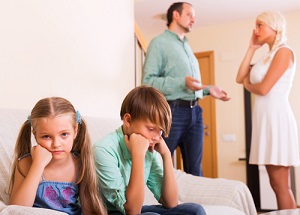 While most parents who are considering divorce give a great deal of thought to how their children may be affected, they may not think about the actual health impact such a decision could have. Parents and experts tend to consider the psychological and behavioral effects primarily, but research is beginning to emerge that suggests that physiological health may also be impacted years into the future.

A recent study conducted by researchers from Penn State University and the University of Louisville looked at long-term data of nearly 15,000 men and women born in the United Kingdom in 1958. Published in the journal Longitudinal and Life Course Studies, the study sought to analyze the health impact of parental divorce at different stages in a child’s life.

The research team found that the youngest interval studied—birth to age seven—was the group most at risk for later health concerns when the child’s parents divorced. Those in that interval self-reported worse health at age 50 than those who experienced parental divorce at later ages. Divorce at the youngest interval was also linked, although not statistically significantly, with lower physical functioning and diagnosed health problems.

According to the researchers, the decline in self-reported health may be linked to the corresponding drop in socioeconomic status common in post-divorce situations. Such a change places young people at risk for behavioral issues in late childhood, along with an increased likelihood of smoking in teen years and adulthood. The team hypothesized that “smoking may be a behavior adopted by children to deal with psychological and emotional stresses associated with a parental divorce,” but to date, there is not sufficient research to validate such a claim.

Whether smoking is linked to the psychological effects of divorce or not, there is little question regarding the connection between smoking and overall health. Thus, as the rate of smoking increases among a certain age group, it is reasonable that self-reported health would be worse.

Studies such as this one are not meant to suggest that couples should avoid divorce at all costs, but instead they merely point out the struggles that many children may face, allowing parents to address them more effectively. If you are considering a divorce, our knowledgeable team can help understand all of the potential implications for yourself and your family. Contact an experienced DuPage County family law attorney for assistance with your divorce today. Call 630-665-7300 to get the answers you need to whatever questions you may have.