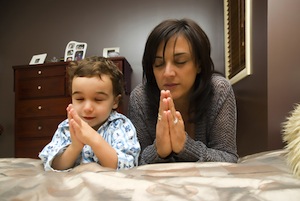 When a child is involved in a divorce, an important issue to be resolved is determining how the child will be raised. One aspect of this issue is the religion under which the child will be raised. For some divorcing parents, religion is not an issue, because the parents either have similar religious views or one or both do not have a serious preference. However, for others, the issue of religion is a critical part of the post-divorce relationship.

The issue of a child's religion is becoming more prevalent as couples with different religious beliefs are going through divorce. The decision of what religion a child will be raised can also impact several additional decisions related to the child; such as, education and after-school activities in which the child will be involved. Further, divorcing parents may have intended to agree on the religion of the child during their marriage; however, the strain and emotion of a divorce may cause them to be uncooperative with each other now that they are separating.

Who Gets to Choose?

Illinois law states: “… except as otherwise agreed by the parties in writing at the time of the custody, judgment or as otherwise ordered by the court, the custodian may determine the child's upbringing, including but not limited to … religious training.”

The best outcome is when the divorcing parents are able to come to an agreement regarding the religion of their child. Unfortunately, this can be difficult because both parents may genuinely believe that raising the child in their own religion is in the best interests of the child. If an agreement cannot be reached, the law gives the custodial parent the power to decide the religious beliefs that the child will be raised under. Still, an action that is clearly not in the best interest of the child can restrict the authority given to the custodial parent.

The process of going through a divorce is difficult, especially if there is a child involved. As a parent, you undoubtedly want the best for your child. At MKFM Law, we are experienced Illinois family law attorneys who can help you through all aspects of a divorce. If you would like more information, please contact us today. Call 630-665-7300 to schedule your consultation.