Custody and the Right of First Refusal 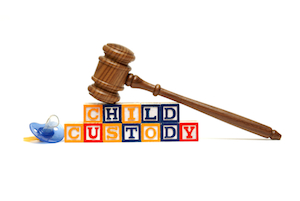 Recently, the Illinois law governing child custody and visitation was changed to provide parents in a joint custody arrangement with an opportunity to spend more time with their child. Prior to the amendment, unless otherwise agreed, a parent who had to arrange for childcare during his or her custodial parenting time had no obligation to notify the other parent of the opportunity to care for the child. However, this change to the law now requires a parent, who needs childcare for a significant period of time during his or her arranged parenting time, to first contact the other parent to see if he or she is able to take the child at that time.

The right of first refusal, as the new provision is called, may be granted to one or both parents in a joint custody arrangement by a judge in his or her discretion. As with most other issues surrounding child custody and visitation, a judge arrives at the decision to grant or deny the right of first refusal by considering the best interests of the child. The law recognizes that it is in the best interest of the child to spend as much time as possible with a parent, instead of a child care provider. The only exception to this right being triggered is in cases of emergency. However, when one parent has advanced notice of needing childcare, he or she has to inform the other parent first.

In addition, parents may mutually agree to include right of first refusal terms in a joint parenting agreement. However, if they do not agree and the determination has to be done by a judge, the judge must include the following information in any order granting the right:

If you are in a joint custody situation with your former spouse or partner, and would like to have the right to first refusal when childcare is needed, please contact an experienced Illinois family law attorney at MKFM Law for a consultation.