Divorce May Run in Your Family 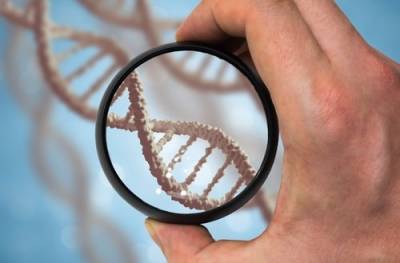 Genetics play a large role in our physical appearance, our health, and many other aspects of our lives. Of course, so does the environment in which we live. For decades—if not longer—researchers have been exploring the impact of what is colloquially known as “nature vs. nurture” on a wide variety of human behaviors. Forming healthy interpersonal relationships would seem to fall into the category of learned behaviors—or nurture—but new evidence suggests that genetics may have an effect as well. Divorce, it appears, may be genetic and runs in families as a result.

Researchers from Virginia Commonwealth University collaborated with a team from Lund University in Sweden on a project that examined the relationships of adopted children, their adoptive parents, and their biological parents. The study looked to test the widely held belief that children of divorced parents are more likely to divorce simply because that is what they know and are conditioned to see as normal.

The researchers studied more than 20,000 individuals who were adopted as children so as to add a level of separation between the child and his or her birth parents. What they found was that these children grew up to establish divorce histories that more closely matched that of their birth parents than that of their adoptive parents. In other words, a child whose birth parents were divorced was more likely to get divorced later in life, regardless of whether the child’s adoptive parents stayed together. The findings suggest that genetic factors are more important in determining the likelihood of divorce than most people realized—experts included.

The teams added another element to the study by examining the relationship trends among more than 80,000 children who were raised by their biological mothers without their biological father in the picture. Among these children, marital histories were similar to those of their mothers, but the fathers’ divorce history were found to play a role as well.

The study’s authors pointed out that they do not think there is a particular “divorce gene” but that genetics can impact traits that are common among those who get divorced. Individuals with turbulent emotions and lower levels of self-restraint are more often linked with higher levels of marital instability and, as a result, increased divorce rates.

Studies such as these may be helpful for counselors and relationship professionals in helping couples resolve their differences, but when a marriage is beyond repair, divorce may be the only option. If you are considering a divorce, contact an experienced DuPage County family law attorney to get the help and guidance you need. Call 630-665-7300 for a confidential consultation today.