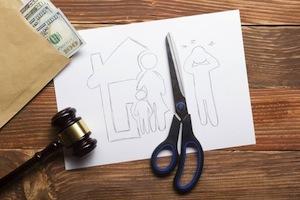 Support obligations are enforced by Illinois law; however, some individuals do everything they can to avoid paying spousal or child support, or to harm or complicate the marital property settlement. While this is obviously never encouraged, it is important to be aware that these situations do occur.

One common occurrence, especially if a spouse does not wish for a divorce to occur, is to dissipate a chunk of the marital assets out of a desire for revenge or a wish to alter the terms of a property settlement. Illinois does recognize dissipation claims, and defines dissipation as the use of marital property or funds for personal benefit unrelated to the marriage. For example, a husband spending money from his and his wife's joint checking account on jewelry for his mistress would almost certainly be ruled to have dissipated those marital funds. This may only occur during the period in which the marriage is undergoing an ‘irretrievable breakdown,' which can in fairness be hard to pinpoint.

There are two caveats that one should be aware of before alleging a dissipation claim in Illinois—the first is that notice must be given to the court beforehand if you intend to file such an accusation. While marital misconduct is not generally considered during property distribution, dissipation is somewhat of an exception simply because the dissipated assets no longer exist. As such, the court needs an accurate picture of all assets. The second caveat is that despite this wish to be thorough, however, there is a time limit in terms of how far back the dissipation may be alleged—in most cases, three years.

While some spouses may spend marital assets, others simply try to conceal assets. Given that both child support and any spousal support is calculated based on a person's net worth and assets, to appear to have fewer assets is generally a good move if one wants to save. The most common method by which spouses try to hide assets is via what Illinois law calls fraudulent transfers—for example, selling a car or other valuable items to a friend or relative for a price far below market value.

However, hiding assets can put one at risk of civil contempt or even criminal charges. Contempt of court, perjury, and fraud are all possible punishments if asset hiding is discovered. Illinois is a party to the Uniform Fraudulent Transfers Act (UFTA), which sets out both what constitutes a ‘fraudulent' transfer, and what the possible repercussions might be. Many judges simply award the spouse who did not hide assets a larger share of the marital estate so as to make the distribution more even. Yet sometimes a judge will throw the proverbial book at an asset concealer if the offense is egregious enough.

Get a Family Law Attorney on Your Side

During a divorce, a fair distribution of marital property is desired. Therefore, if you suspect malfeasance on the part of your spouse, it is better to act than to be ambushed. The experienced Wheaton, Illinois property distribution attorneys at MKFM Law understand being reluctant to accuse, but sometimes it is the only way to ensure you receive what is due to you. Contact us today to set up an appointment, via phone at 630-665-7300, or via our website.