How to Handle False Allegations of Child Abuse Made Against You 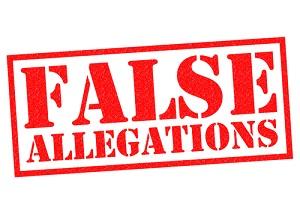 Allegations of child abuse, both real and imagined, are sadly common in many divorce cases, as emotions run high and dirty laundry may be aired. If your spouse has lodged accusations of child abuse or domestic abuse against you as a part of your divorce proceeding, it is important to know how to react so that you can protect the relationship you have with your children as well as your reputation.

In Illinois, the Department of Children & Family Services (DCFS) is required by law to investigate any accusation of child abuse, regardless of its source. Even if you know at the outset that the accusation is spurious, DCFS has a legal mandate to investigate, and the law must be followed. While it is understandable that you might be offended or angry at the insinuation that you would act in a negative manner toward your children, DCFS officers might take such behavior as defensiveness. This is not to say that DCFS personnel will never make unreasonable requests. If you feel that a request or order is unrealistic or inappropriate, it is generally best to consult with your attorney and possibly the court.

Usually, when someone is cooperative, DCFS will conclude their investigation more quickly. During the investigation, you may be prevented from seeing your children, as the state's interest is in their safety. However, this is not a permanent state of affairs; unless confirming evidence of abuse is uncovered, you will generally be able to argue for at least joint parental responsibilities in the normal manner.

Fighting for Parenting Time If You Are Cleared

While some states have legislation in place that can actively punish a parent for knowingly making a false accusation of child abuse, Illinois does not. (A bill was introduced a few years ago that would have imposed monetary fines or even a bar to visitation, but was adjourned sine die, or “without a further hearing date.”) Thus, if you are cleared of wrongdoing, you will almost certainly still have to argue for parenting time in the standard manner.

Be advised, however, of two facts that may prove relevant in your fight. The first is that it is a Class 4 felony to knowingly file a false report with any state agency, which includes DCFS. The second is that in Illinois, parental responsibilities are awarded based on the “best interests of the child” standard, which means that moral character is often a question at issue. While one Class 4 felony conviction does not immediately mean a parent is depraved, it can be a factor that a judge will weigh in terms of deciding parental responsibilities and dividing parenting time.

Allegations of child abuse are no joking matter, especially if they are unfounded. They can cause significant damage to your reputation, but the law may still be on your side in terms of being able to have parental responsibilities for your children. If you are caught in a scary situation, the DuPage County family lawyers at MKFM Law are happy to help. Call us today at 630-665-7300 to set up a preliminary consultation.