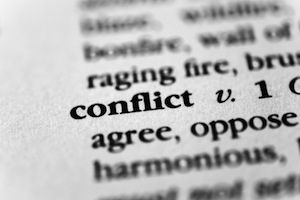 At the beginning of the year, changes went into effect in Illinois related to the process for obtaining a divorce. The fault grounds for a divorce have been eliminated. Instead, divorces will be granted when irreconcilable differences exist in the marriage.

Previously, divorce in Illinois could be based on some sort of fault by one of the parties. This included acts such as adultery or physical and/or mental cruelty. As 2016 begins, Illinois will no longer deal with these fault grounds for divorce. Instead, under Illinois law, couples can get divorced when it is shown that they have irreconcilable differences causing an irretrievable breakdown of the marriage. This means that prior efforts at reconciliation have been unsuccessful and future attempts are not practicable.

In Illinois, a presumption of irreconcilable differences exists if the couple has lived separate and apart for a continuous period of six months immediately before the entry of judgment ending the marriage. This presumption cannot be rebutted or disproved. A judgment will not be entered until the court has considered issues like the allocation of parental responsibilities, child support, maintenance, and the disposition of marital property.

A dissolution of a marriage is a very emotional and difficult time. On top of all of that, there are legal issues that are important to resolve. By contacting an experienced Illinois family law attorney, you can help protect your rights. MKFM Law understands how stressful a divorce can be. We look forward to discussing how we can help you through this process. Call us today at 630-665-7300.