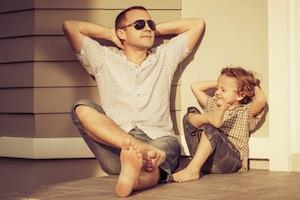 The court retains continuing jurisdiction to modify a child custody judgment. However, under most circumstances, modification of a child custody judgment will not be considered until after two years have passed since an original custody judgment is entered—it is believed that giving children the greatest amount of stability after a decision has been made is most beneficial for them. Under Illinois law, the only way a child custody judgment may be modified earlier than two years is if a court permits it on the basis of affidavits that there is reason to believe the child's present environment may endanger seriously his or her physical, mental, moral or emotional health.

Alternatively, parents can agree to terminate a joint custody arrangement. In that case, the court will terminate the arrangement and make any modification it deems to be in the best interests of the child. However, for all custody determinations, Illinois law does not allow a child to choose where or with whom to live. Still, a child's input is given consideration, with greater weight given to a child with a higher age, intellect, and level of maturity.

As a parent, you want the best for your children. Therefore, you may believe that a change in a custody arrangement is necessary. If you would like more information about the process for modifying child custody, please reach out to one of our skilled Illinois family law attorneys at 630-665-7300. At MKFM Law, we provide compassionate representation for individuals through all aspects of divorce, including child custody and support.