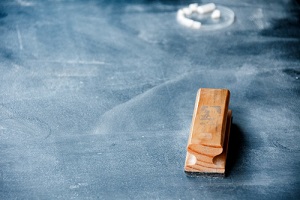 If you have ever been arrested and charged with a crime, the arrest becomes part of your criminal record, even if the charges are eventually dropped. Prospective employers and other individuals or entities who conduct criminal background checks are able to see the record of such arrests, often leading to embarrassing questions and the denial of certain opportunities. Of course, if you were convicted on criminal charges, you are likely to find even more doors that are closed to you as a result of your history.

In recent months, however, Illinois lawmakers have taken steps toward helping those who may have blemishes in their background rebuild their lives and gain renewed access to occupational and educational opportunities. On August 24, 2017, Governor Bruce Rauner signed House Bill 2373 that dramatically increased the number of offenses eligible for record sealing, giving thousands more Illinoisans the possibility of a fresh start.

The terms “expungement” and “record sealing” are often confused with one another but they represent very different processes. An expungement is the complete destruction of all records relating to an arrest and subsequent prosecution. In Illinois, only arrests that did not result in a conviction are eligible to be expunged. Expunged arrests no longer appear on criminal background checks.

Record sealing, by comparison, means that the records related to particular arrest and conviction are sealed so that only certain law enforcement groups and other select agencies can see them during background checks. A sealed record cannot be seen by most employers and becomes much less of an obstacle to future opportunities.

Before the new measure was signed by Governor Rauner, Illinois law only permitted the sealing of relatively few types of convictions. Under the new law, nearly any non-violent, non-sexual offender can apply for record sealing, even if the conviction was on felony charges. The goal of the legislation was to limit the collateral consequences of a criminal conviction and allow rehabilitated offenders the chance to regain access to employment and educational options.

To facilitate the application of the new law, the Illinois Supreme Court Commission on Access to Justice has announced the approval of updated Adult Expungement and Sealing Forms. The new forms were designed to reflect two important changes, including—for the first time—the ability to combine expungement and record sealing requests on a single form. Previously, an individual eligible to apply for both was required to use separate forms for the separate processes. The second major update reflects the new law’s amendment of the Criminal Record Identification Act that significantly increased the number of potentially sealable offenses.

If you have questions about the new law and how it may affect your eligibility to apply for record sealing or expungement, contact an experienced Illinois expungement attorney. Call 630-665-7300 for a confidential consultation at MKFM Law today.