Providing for College Contribution in a Divorce

For several years, the cost of higher education has received a great deal of (negative) attention. Forbes reports that college costs, which rose sharply between 2000 and 2012, have increased at a slower pace in 2013. However, the availability of federal grants and loans, which help to minimize the out-of-pocket cost of college for many families, decreased in 2013. Today, the average college student graduates with $27,000 in debt. Additionally, tuition rates are increasing at twice the rate of inflation, and tuition rates do not even consider the cost of room and board, which can be more than the tuition itself each year.

The financial stress of paying for a child's college education can be exacerbated for parents who have gone through a divorce. While parents often set up college savings accounts, such as 529 savings plans, for their children's college, finances are often stressed because of divorce, leaving little extra money to go towards a college savings plan. And if a savings plan has not already been set up, doing so during or after a divorce is often extremely financially difficult. In an ideal world, parties could come to an agreement beforehand as to how to deal with contribution towards future college expenses for their children, but in reality, divorcing couples often cannot agree as to how the expenses should be shared or how much money should be set aside for college. 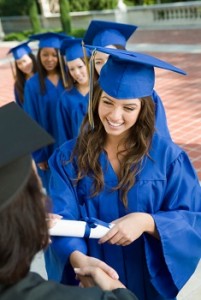 Filing a petition for college contribution is another way by which a parent, worried about paying for his or her child's college education, can seek financial assistance from an ex-spouse. While married parents have no obligation to contribute to their children's college expenses, divorced parents do, in fact, have an obligation commensurate with their financial status. The Illinois Marriage and Dissolution of Marriage Act allows a divorced parent to file a petition for a court to allocate responsibility for contribution to college expenses. Whether or not a court will grant the petition and how much each parent will be required to contribute rests largely in the discretion of the judge.

In deciding whether to grant a petition for education expenses, a judge must look at the factors outlined in Section 513 of the Illinois Marriage and Dissolution of Marriage Act, which includes the financial resources of both parents, the standard of living the child would have enjoyed had the marriage not been dissolved, the financial resources of the child, and the child's academic performance. College “expenses” for which a parent may have court-ordered liability include:

3. Transportation to and from college;

6. Medical expenses during college; and

7. Living expenses during the school year and breaks.

Divorcing spouses often include a reservation provision in their divorce agreement, meaning that they will reserve the issue of allocating college expenses for a future date, pursuant to Section 513 of the Illinois Marriage and Dissolution of Marriage Act. While it may be appealing to reserve these issues for a later date, there can be some pitfalls for doing so. Specifically, in In re Marriage of Peterson (2011), the Supreme Court of Illinois held that a party who files a petition for college contribution cannot obtain contribution for educational expenses that pre-date the petition. This means that if one parent begins to pay for college expenses before filing a petition for contribution, the court cannot award contribution from the other parent for expenses already paid—only future expenses can be allocated between the parties.

Another recent decision from the First District of Illinois may also have important implications for educational contribution. In In re Marriage of Vondra (2013), the appellate court considered whether adult children could themselves petition a parent for contribution for their college education. Ultimately, the Court decided that whether the divorced parents provide educational contribution absent a court order is within the parent's discretion, and that a child has no right to petition the court for contribution—unless it is to enforce a specific contractual provision in a settlement agreement. Therefore, it is incumbent upon parents to petition for contribution themselves if they wish to have the other parent assist in paying for a child's college education.

Sometimes divorced parents can agree as to how they will share the burden of college expenses for their children, either while a divorce is happening or when the children are ready to graduate high school. Many times, however, this is not the case. The attorneys at Mirabella, Kincaid, Frederick & Mirabella (MKF&M) can help you in determining the best way to deal with college expense contribution, both during a divorce and later on in life. If you need help in figuring out how to handle college expenses or in litigating college contribution, contact MKF&M today.