Seeking a Child Support Modification after Quitting a Job 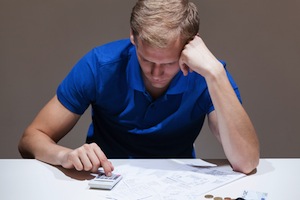 Child support in Illinois is computed as a percentage of a parent's net income. A parent must then pay a certain percentage depending on how many children he or she has to support. If a parent is ordered to pay child support based on a certain amount of income, and the parent's income subsequently changes, he or she can apply to the court for a modification to lower the ordered payment amount.

Generally, a parent who is ordered to pay child support cannot voluntarily quit his or her job to avoid paying support and then claim a substantial change in circumstances has occurred which requires a modification of their support obligation. Illinois case law takes this concept further and scrutinizes parents who are fired due to their own actions. Moreover, depending on the particular case, a court could find that someone who was fired was nonetheless voluntarily unemployed. If this happens, the court would classify the parent's loss of income as being in bad faith and thus no modification would be granted.

There are several factors that a court considers in deciding whether or not to impute income. These include the following:

If the above factors are present, and the court finds that the parent chose to be unemployed to avoid paying support, the court will likely deny a modification of child support.

Additionally, the parent opposing a modification needs to have sufficient evidence to prove the voluntary nature of the other parent's unemployment. An experienced family law attorney can advise you on what evidence would be sufficient.

If your child's other parent is seeking a child support modification, and you suspect it is in bad faith, please contact our experienced Illinois family law attorneys at MKFM Law to schedule a personal consultation. We are here to assist you. Call (630) 665-7300 today.