Software Could Help in the Fight Against Workplace Sexual Harassment 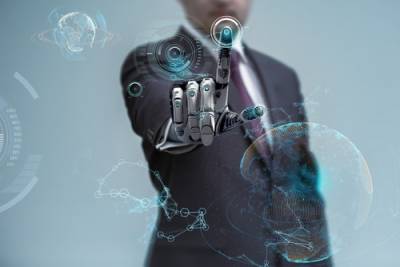 A few weeks ago, a post on this blog discussed the problems that a prominent tech company faced following allegations of widespread sexual harassment and attitudes that permeated the culture of the organization. In the months since, a former Uber software engineer went public with her experiences, dozens of other women in tech startups have come forward with stories of their own. The entire tech industry, it seems, is a hotbed for inappropriate behavior toward women. Ironically, technology may be one of the keys to tracking down and eliminating sexual harassment in the workplace.

A growing number of companies around the country exchange information by email and instant messaging using company-specific servers. It is often on these very servers that abusers send sexually-charged messages, comments, or propositions to their victims. Developing technology, however, allows network administrators to install a type of artificial intelligence (AI) on the server to analyze any data being exchanged. AI systems are already being used to help gauge employee morale, as such concerns are often expressed in inter-company emails and messages, and experts believe similar programs could be developed to screen messages for sexual content.

Those familiar with artificial intelligence and similar technologies say that such systems may help but they may not be perfect. Determining a message’s intent can be difficult, and sexual harassment is not always overt. In many cases, sexual harassment is a pattern of behavior, not a singular comment or off-hand joke. It can also be extremely subtle—such as a minute gesture or a change in a person’s tone of voice. These types of things, obviously, are not present in an email or instant messaging format, meaning that AI would only be able to flag certain words and phrases. As a result, employees who are discussing the issue of sexual discrimination or making a truly harmless joke could be put under the proverbial microscope.

There is also the issue of privacy. At first glance, monitoring of personal emails and messages may seem to be overly intrusive. However, the servers in question, along with much of the software used to facilitate workplace communication are owned or licensed by the companies themselves. So are many of the computers, tablets, and even employee cell phones. Industry leaders point out that employees should not have an expectation of privacy when using company-owned devices and infrastructure. Employing AI on workplace servers is not the same as scanning text messages sent from a personal cell phone or a home computer.

While the effectiveness of AI in the fight against workplace sexual harassment remains to be seen, if you have been victimized, you need help now. Contact an experienced sexual harassment attorney in DuPage County to discuss your available options for taking action. Call 630-665-7300 for a confidential consultation at MKFM Law today.