How Can I Become My Child’s Legal Father? 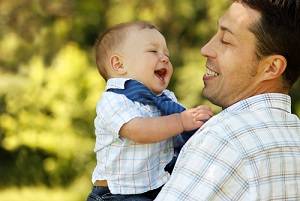 In Illinois, when a married couple has a baby, the husband of the woman who gave birth to the child is presumed to be the father of that child. However, when an unmarried couple has a child together, this presumption is not made. The process through which an unmarried father becomes the legal parent of a child is called “establishing paternity” or establishing parentage. If you wish to establish paternity of your child in Illinois, read on to learn how.

There are a multitude of benefits to establishing paternity. A father who has become the legal parent of his child gains the right to pursue parenting time, or visitation, with the child and develop a loving parent-child relationship. In some situations, the father may also be able to obtain legal custody or parental responsibilities of the child. While courts rarely take custody or parental responsibilities away from an established parent unless that parent has shown to be abusive, neglectful, or otherwise unfit to parent, a legal father could start by asking for a share of the parenting responsibilities.

Establishing paternity also ensures that the father is the first point of contact for the child if a tragedy occurred, such as the mother’s death or serious accident. Fathers who are established as the legal parent of their child are usually obligated to pay child support. If an unmarried mother wishes to pursue child support from the child’s father, he must be formally established as the child’s legal parent first.

When a Biological Father Wishes to Establish Paternity 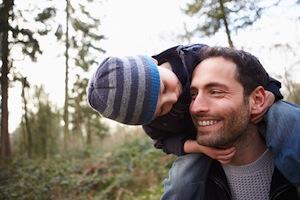 When a father wishes to establish paternity, there are several important factors to consider. The official establishment of paternity allows a biological father to secure visitation or other custody rights and thereby begin to foster the development of a relationship with his child.

When paternity is established, a biological father is granted certain rights, such as the right to have input on issues related to his child. These issues may include decisions regarding a child's education, medical care and religion. Therefore, establishing paternity can positively impact the indicators of a child's well-being, such as school performance and behavior.