What is a Simplified Dissolution of Marriage? 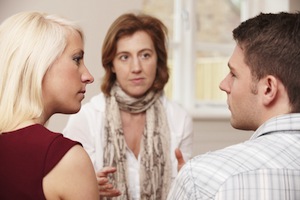 Sometimes, when a couple decides to divorce, the dissolution can be completed in a much more direct and uncomplicated way than realized. Therefore, if your marriage is of relatively short duration, and you have few legal entanglements, you may be eligible for a procedure known as a simplified dissolution or uncontested divorce. Not every couple may use it; however, if you and your spouse fit the criteria, then it can save you significant time and trouble.

A Simplified Dissolution is Not an Annulment

One important myth to correct is that a simplified dissolution is still a divorce, rather than a type of annulment. An annulment, under Illinois law called a declaration of invalidity of marriage, is when a marriage is held to have never legally occurred. This is usually due to some legal inadequacy on the part of one or both participants such as being under the age of majority, or some fraud being perpetrated. Declarations of invalidity of marriage have somewhat fallen into disuse in Illinois aside from those who obtain them for religious reasons, since divorce is as simple or more so for most couples.

A simplified divorce is just that, with much of the paperwork and meetings cut out because there is no need to have them. It still recognizes that a marriage took place, and that the legal relationship is now ending.

To be eligible for a joint simplified dissolution, you and your spouse must meet every criteria listed in the relevant law. The criteria listed are essentially establishing that you and your spouse do not disagree on any relevant points that might become issues during a standard divorce proceeding, such as spousal support or division of specific assets. If you disagree on substance, it is better to go through a standard divorce, where these can be worked out.

There are seven criteria in Illinois and include the following:

If you and your situation meet these criteria, you must simply complete the relevant paperwork and submit it to the court. You will have to attend one hearing in order for a judge to review and sign your petition, which codifies it officially. Barring unforeseen problems, however, your divorce will become official the day it is signed, which is much, much faster than most who go the traditional route.